From Teguise to the Mirador de Guinate 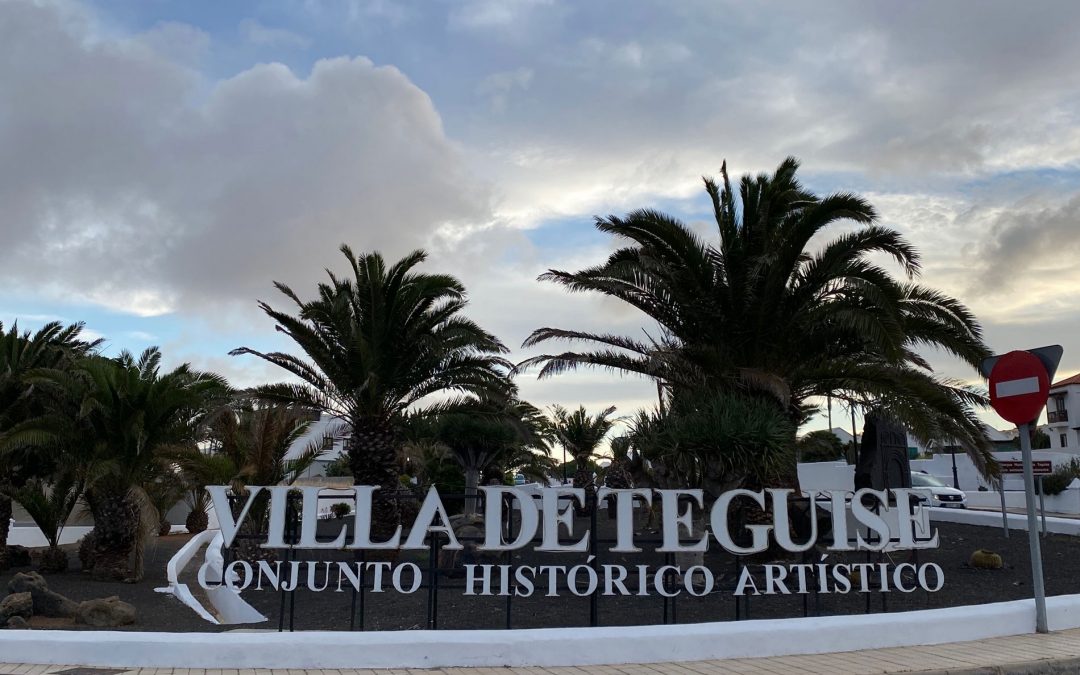 A must-see in Lanzarote and not to be missed is the town of Teguise, in the northeast of the island, in the interior. It was the old capital of Lanzarote until 1847, and a few years later Arrecife, the current capital, took over.

Teguise was declared a historic-artistic architectural ensemble, and rightly so. The town of Teguise is considered to be one of the most beautiful villages in Spain. There is no sea, but it has a special charm, because it seems that time has stood still and you find yourself walking in a stately and noble city from the eighteenth century.

Today we propose to get up early and visit it, walk through its streets, visit some of its historic buildings and museums, and then move 22 km to the Mirador de Guinate to see one of the best views of the whole of the Chinijo Archipelago with La Graciosa, Montaña Clara, Alegranza and the Roques.

Strolling through its streets and getting lost in its nooks and crannies is one of the attractions of the town.  We  immerse ourselves in an eighteenth century stately city surrounded by a set of white houses, balconies and cobbled streets, among which we find the Church of Our Lady of Guadalupe, inside which we discover the most important ecclesiastical heritage of Lanzarote. If you like museums you can also enjoy the Timple Museum, or the Museum of Piracy, where you can learn about how important piracy was for the Canary Islands.

Enjoy Teguise on a Sunday 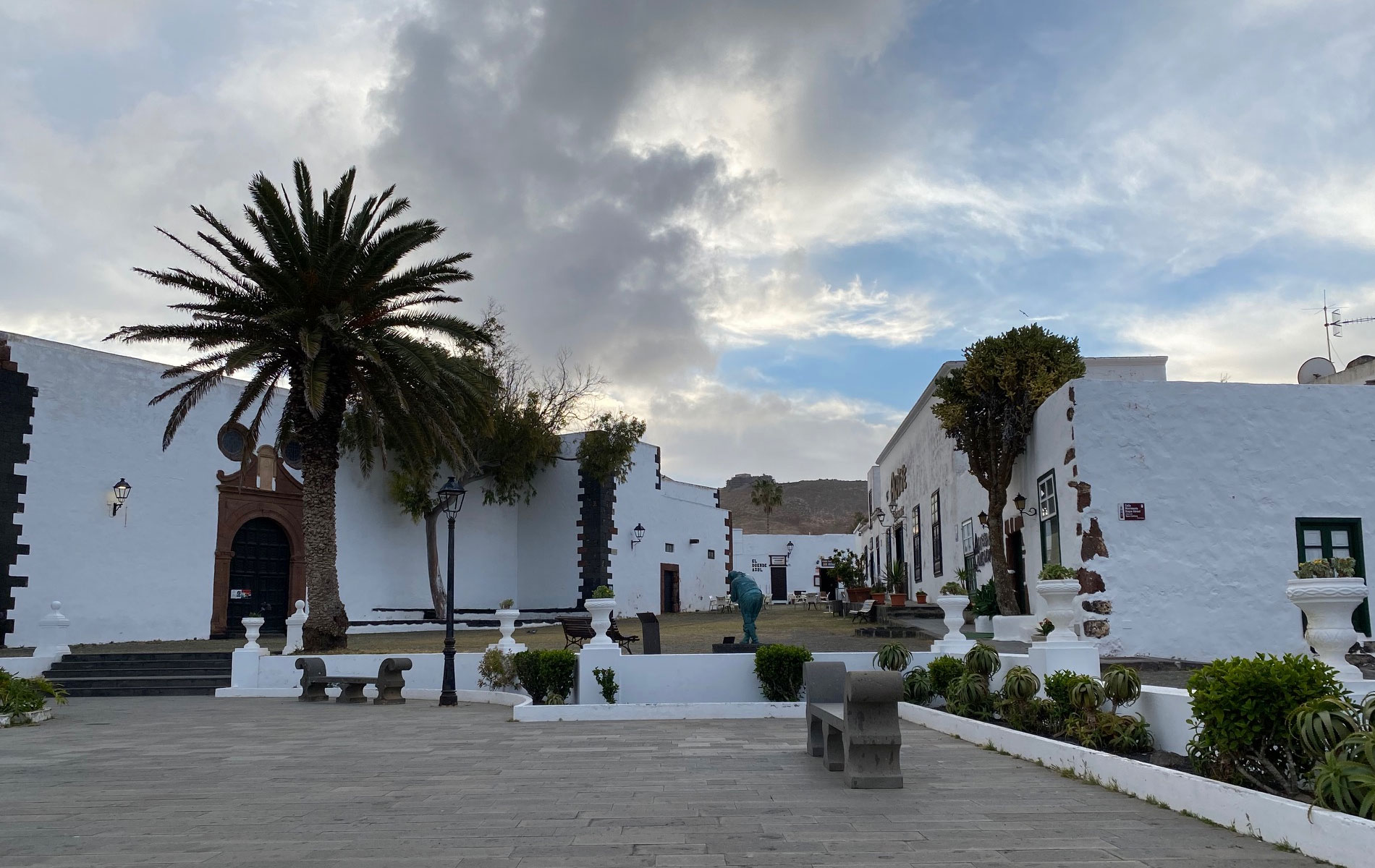 Sunday is a very special day in Teguise, a day when popular market is celebrated, and which is well known throughout the Canary Islands. Many people from different towns of the island come here to find all kinds of handcrafted products; from basketry, leather goods, ceramics … to typical or natural products, as well as being able to buy works from artists who come here to exhibit and sell. If you want to take a souvenir from the island, this is the  place to do it.

In the old centre of Teguise you will find a variety of places where you can taste typical Canarian gastronomy, either at one of the terraces or restaurants in the streets. But if you come in the morning, and you feel like having a breakfast fit for a king, then take a stroll down the streets and you will find a very original and cozy Bakery where you can recharge your batteries: Matula’s . A place you must not miss if you come to Teguise; very coquettish, with some sweets and homemade cakes that captivate, and delight everybody, accompanied by their natural shakes, waffles … or special sandwiches … 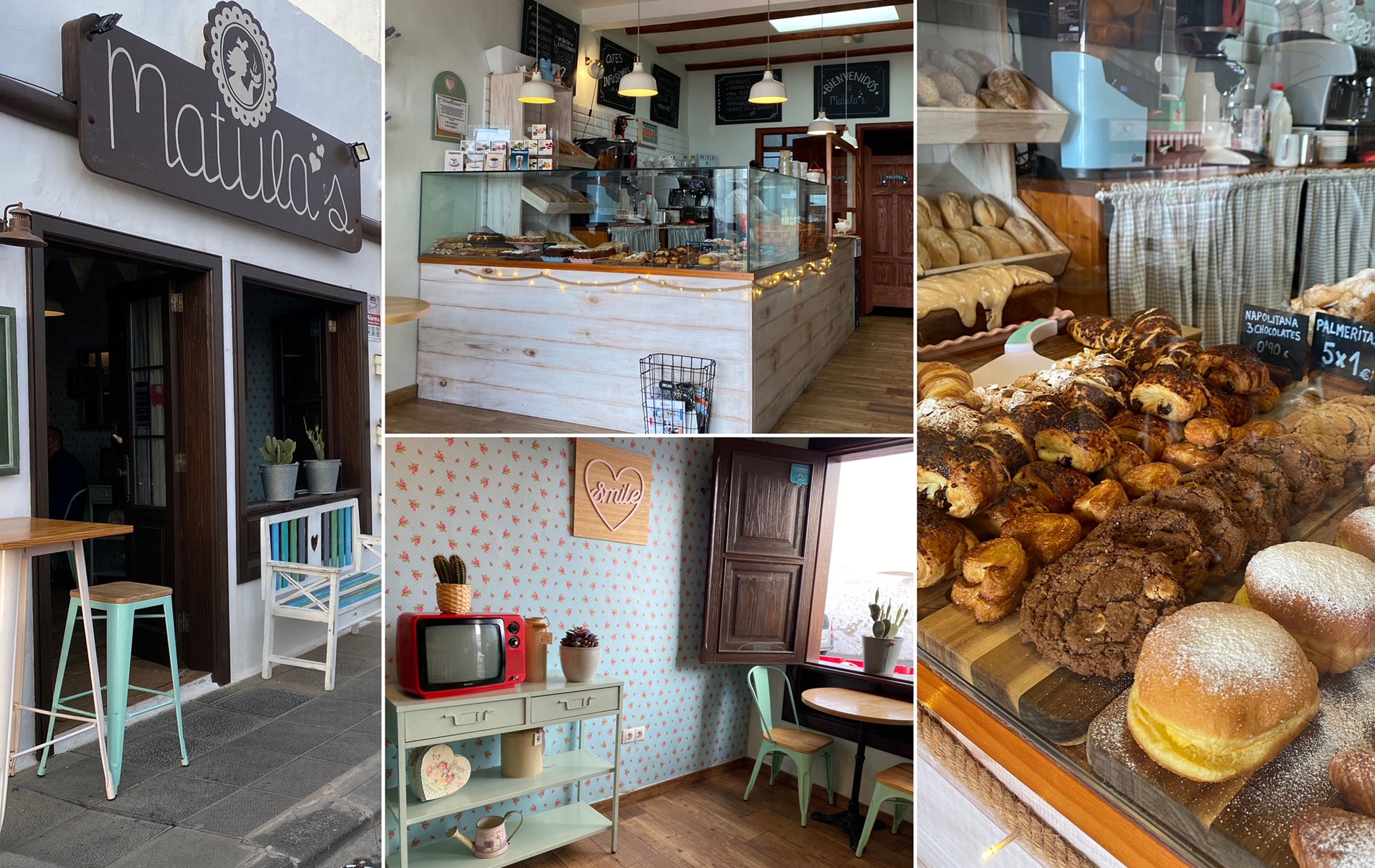 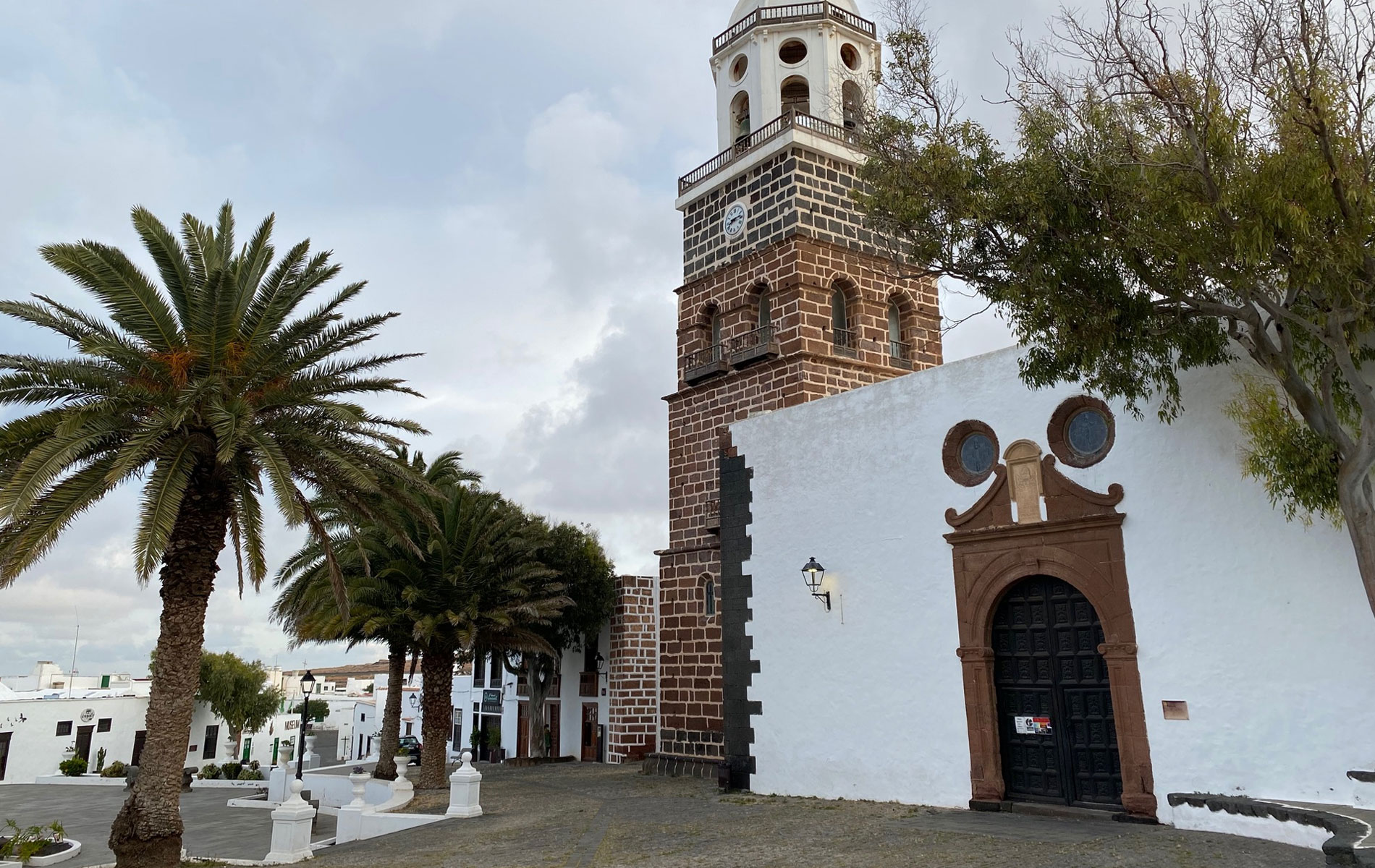 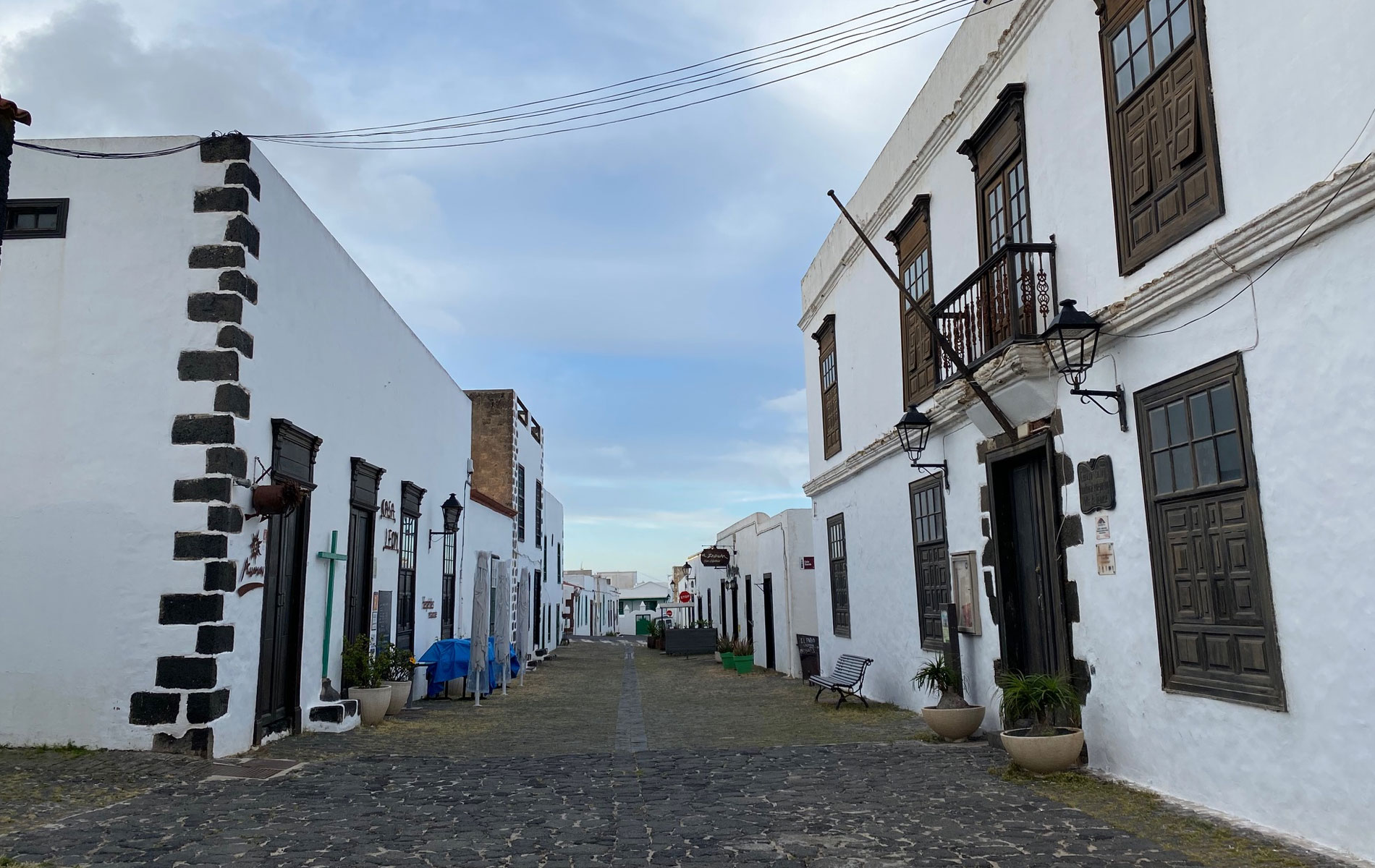 You can order to take out, and in fact we did, and from there we went to the Mirador de Guinate, located in the middle of Risco de Famara, where you can enjoy a snack with the best views in the world: those of La Graciosa.

If Lanzarote has something special,  it is its viewpoints from where you can take in a variety of breathtaking landscapes, but we decided to come to this one because we wanted to see the Chinijo archipelago. It is not as touristy as the Rio, there are hardly any people there, and it is fully accessible by car. The views give a different perspective, they are more lateral, but still impressive when you see the whole island of La Graciosa.

If the day is clear and you are lucky, you can see Montaña Clara and Alegranza. The viewpoint is located about 23 km, and about a 30 minute drive from Teguise. It is in the municipality of Guinate, which you have to pass through to get there. It is located at the end of a dead end street. Once there you simply enjoy the setting, and as one of the phrases on its walls says, just let yourself be carried aways  by the best views, enjoy the  snacks and above all : immortalize and cherish the moment! 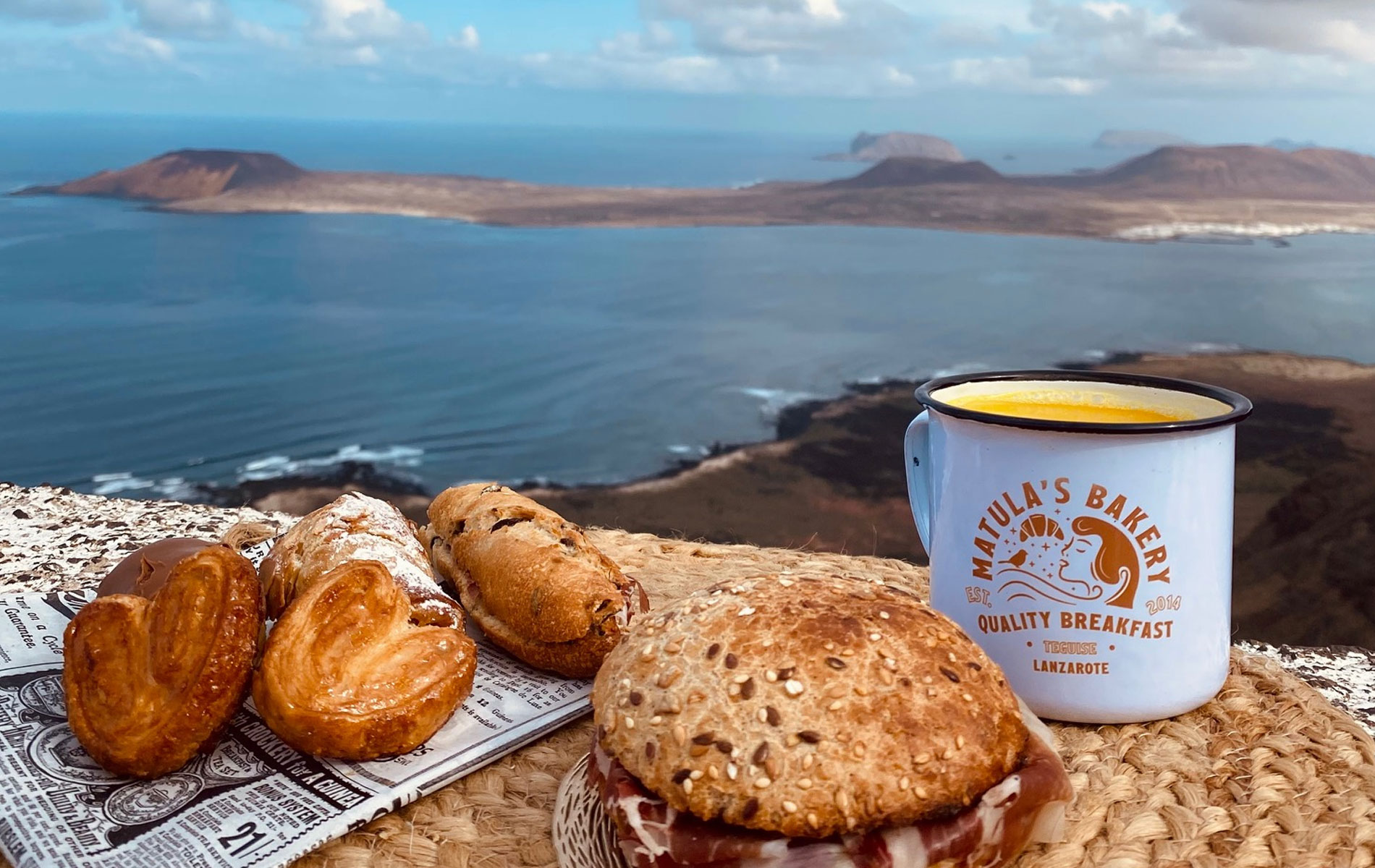 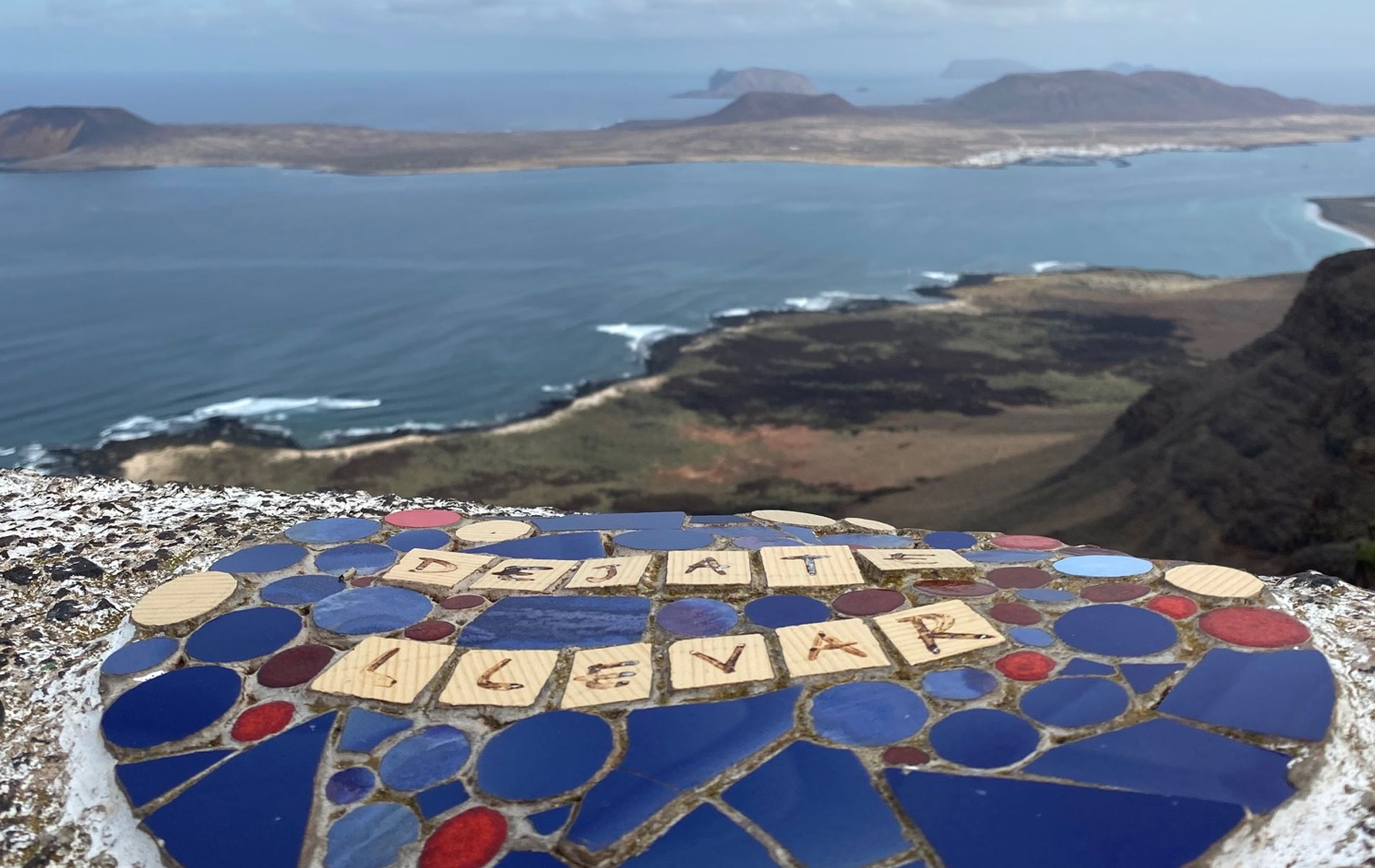