The Red Mountain of La Graciosa

Crossing the island diagonally and pedaling for 6km we arrive at one of the most spectacular and idyllic beaches on La Graciosa; Playa de Las Conchas, but also one of the most dangerous on the island due to the force of the waters and strength of the currents that there are in this zone.

Just at the foot of the beach is Montana Bermeja, another of the volcanic ranges of La Graciosa that is worth going up for its spectacular views of the whole island and the rest of the Chinijo Archipelago.

It provides a panoramic 360 degrees view from where you can see the bike paths, Montana Amarilla at the south end of the island, the Mojon, the Agujas, 266m in height which occupy the centre of the island, which are the highest volcanic mountain range on La Graciosa, and in particular the spectacular islet of Montana Clara, right in front of Playa de Las Conchas. 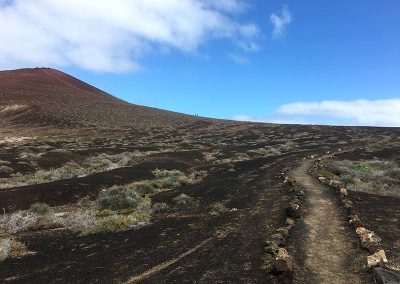 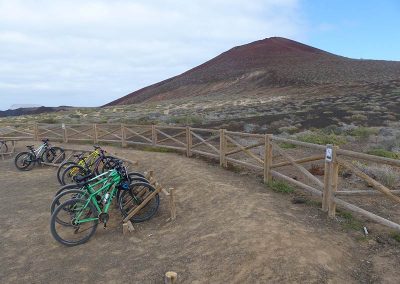 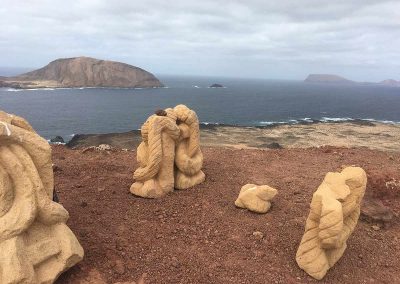 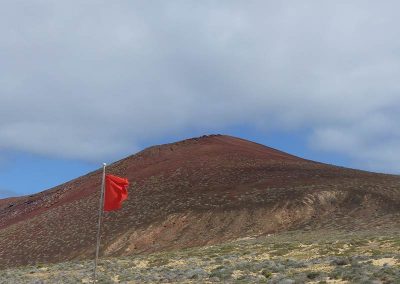 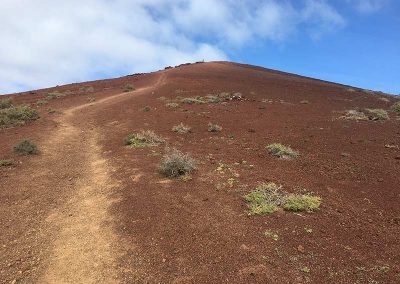 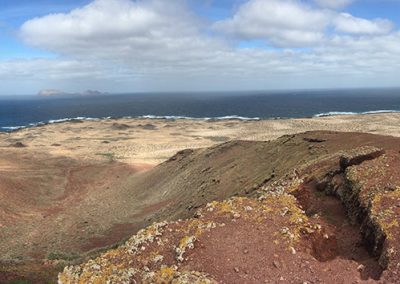 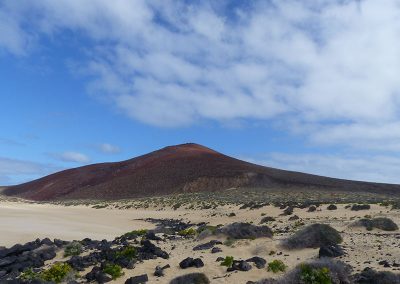 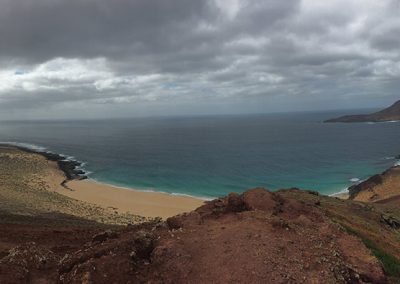 A visual spectacle without comparison

Climbing to the summit of Montaña Bermeja

It takes 20 minutes to climb the path that leads to the top and it can easily be seen because it is marked by hiker’s footsteps. Once at the top, at 160m altitude, you will breathe peace and tranquility. The only thing you will hear is birds singing, the sea roaring and the wind blowing. You will be amazed by the turquoise blue waters that surround this paradise. In essence; a true spectacle in every sense of the word.

One curiosity when you reach the top is that here are four sculptures and in the grains of the rocks that are next to them people leave impressions with the pen and paper that is left there, of thoughts of the island and its beaches and keep them in a folder which is found there to record trips to the mountain.

Is your business at La Graciosa and do you want to appear in our website?