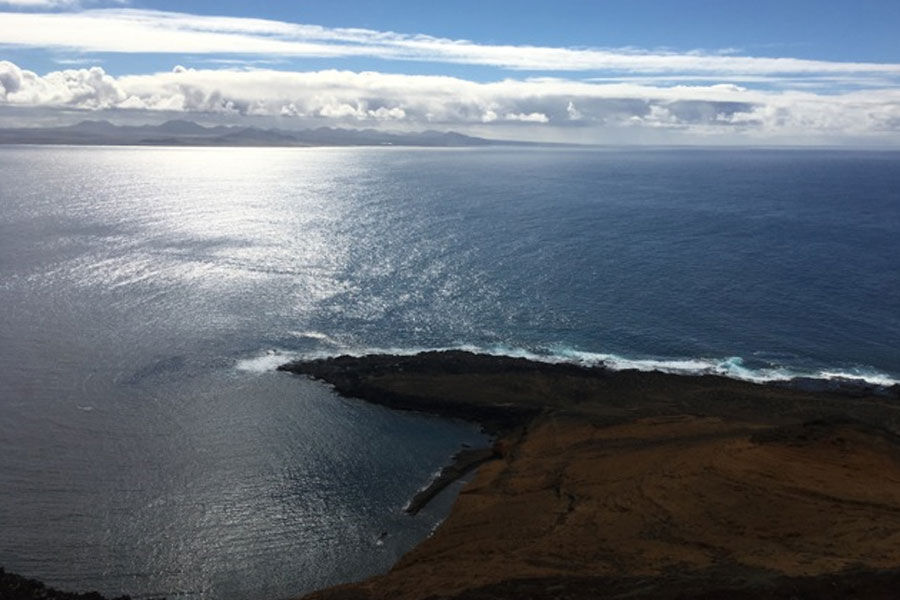 In the previous post we talked about the distances and times involved in cycling the most common routes that people usually take when they come to spend the day in La Graciosa: Playa De Las Conchas and Playa De La Francesa.

But there are two other routes, which are not so frequented, that are cycled when you have already been to the other areas and you want to get to know the rest of the island, or, when you come to spend several days in La Graciosa.

The first route goes to the southwest coast of the island, to Punta del Pobre and Bajo del Corral. And the other, runs just on the opposite side of the island. It is the route that goes through the northern part of La Graciosa, the one that reaches the other town, Pedro Barba.

Let’s start with the southern part, the one that goes to Punta del Pobre, which is the southwestern tip of La Graciosa, where Montaña Amarilla is located, but with a very different view of the entire beach of La Cocina and the mountain, than if arriving from Playa De La Francesa. 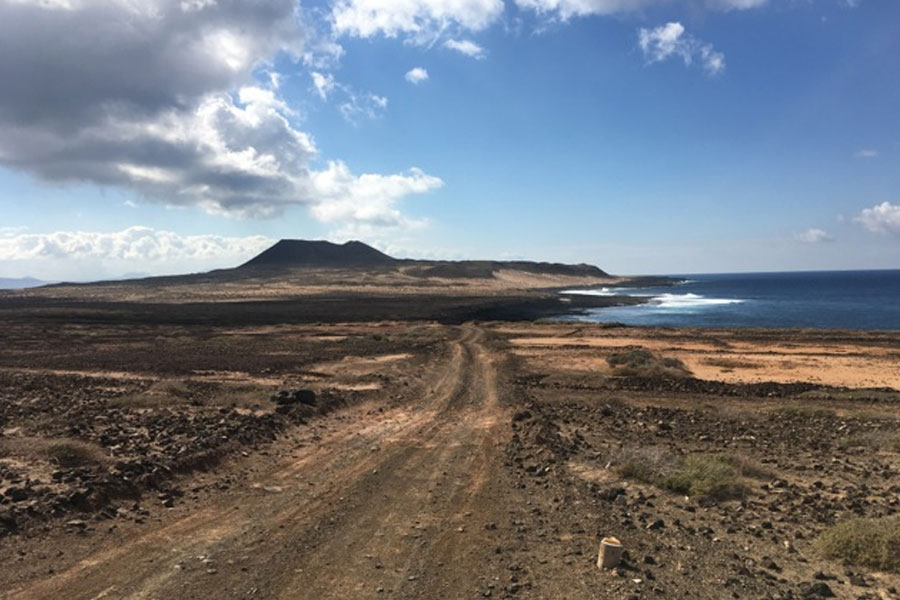 It is one of the longest routes that can be done by bicycle in La Graciosa, unless you take the circular route to the island. The route amounts to 7.4 km by bike each way, and it takes about 50 minutes, on foot about two hours.

The route is simple and holds no difficulties. After the first 1.4 km to the crossroads (plain of Mareta) and the detour to the Punta del Pobre where the road is slightly uphill, the remaining 6 km are mostly flat road, which runs parallel to the sea, and when you reach its end offers one of the most beautiful landscapes of Montaña Amarilla and the beach of La Cocina. This route is not as frequented as the one to Las Conchas, and you can enjoy the tranquility of cycling along the seafront. 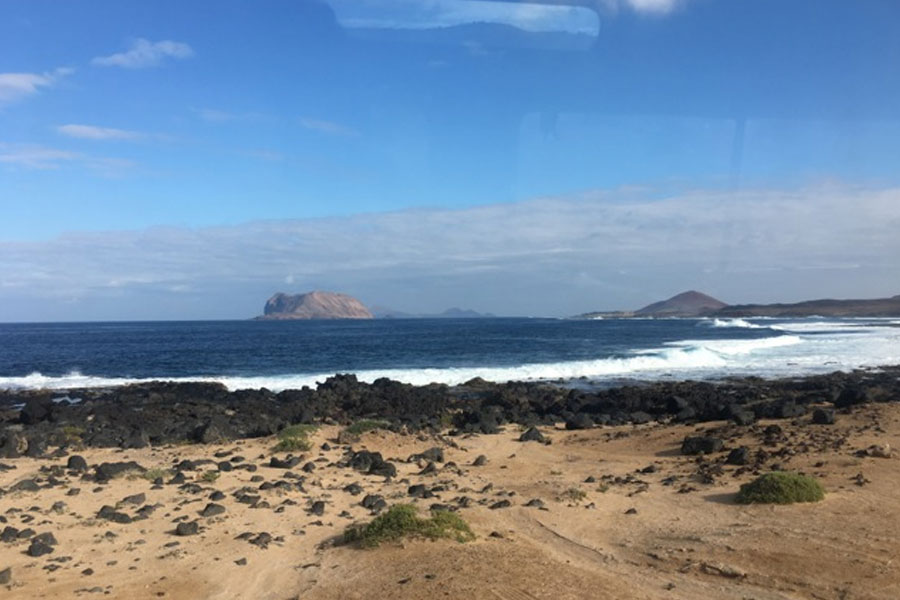 The other route that we talked about at the beginning of this post is the route that goes from Caleta de Sebo to Pedro Barba. This route, if done by bike is 6.4 km and takes about 40 minutes to get there. The route in general has two long and slight slopes, but not complicated. Therefore, if you want to rent an electric bicycle, it is a good choice for those who are not so used to pedalling. The way to Pedro Barba is slightly steep, but the return to Caleta de Sebo is very comfortable.

Undoubtedly the climax of this route has a wonderful reward, that being the small beach of Pedro Barba where you can relax and bathe peacefully. 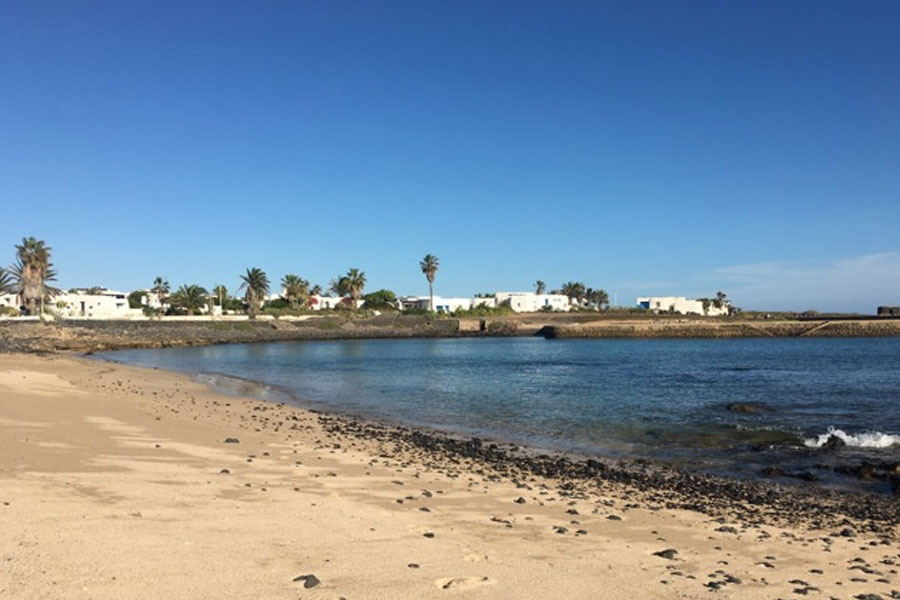 Whichever route is taken through La Graciosa the recommendation is to wear a cap, take a backpack well stocked with water, food and sunscreen, because along the way there will be no place to refuel or to buy any kind of provisions. 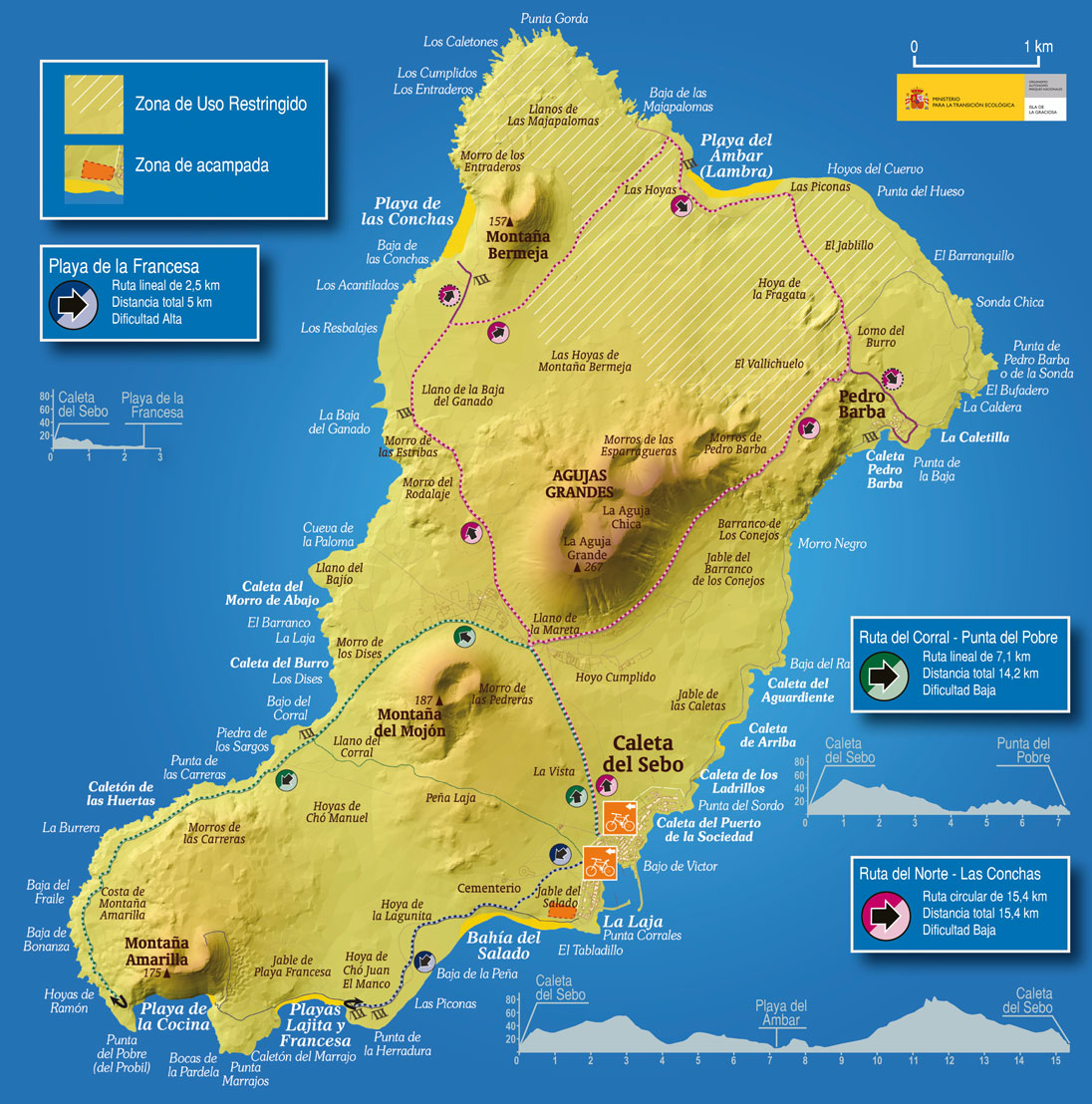